BlogAn interview with the editor of “The Stronsay Limpet” 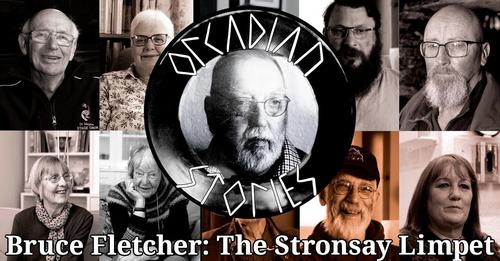 An interview with the editor of “The Stronsay Limpet”

Bruce Fletcher has been the editor of The Stronsay Limpet since 2009. In this film he explains how the newsletter came about and the subjects it covers, as well as giving an insight into island life on Stronsay. Stronsay is one of the North Isles of Orkney, and has a population of around 300.

Filmed and edited by Martin Laird (https://www.youtube.com/@martin_s_laird), researched by Fiona Grahame and produced by Orkney News Ltd, ‘Orcadian Stories’ is a series of short, filmed interviews of people who have played a part in creating a cultural legacy for the islands. The films focus on individuals telling their stories. The original theme music is by Eamonn Keyes.

This film has been supported by the Year of Stories 2022 Community Stories Fund. This fund is being delivered in partnership between VisitScotland and Museums Galleries Scotland with support from National Lottery Heritage Fund thanks to National Lottery players.